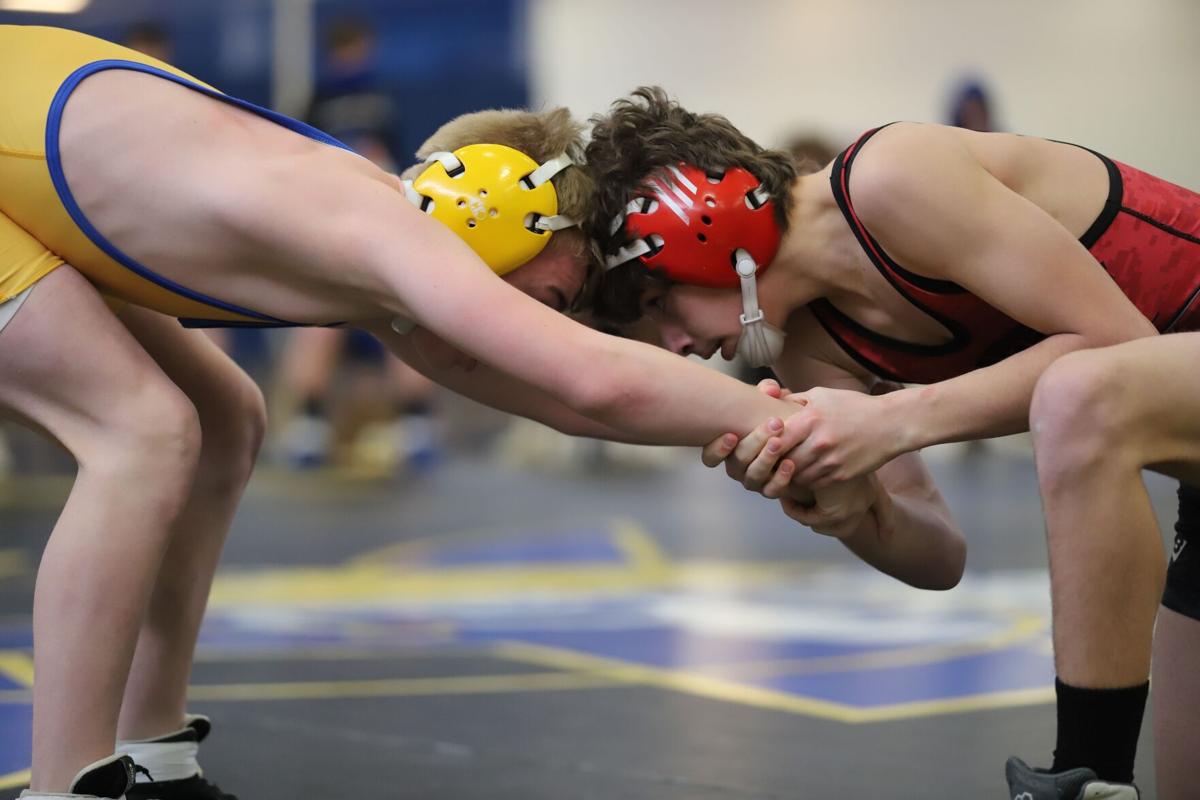 Cannon Falls Freshman Calvin Singewald remains the only undefeated wrestler on the team. Pictured here in his match against Hastings' Creed Peterson, Singewald won in decision, 2-1. 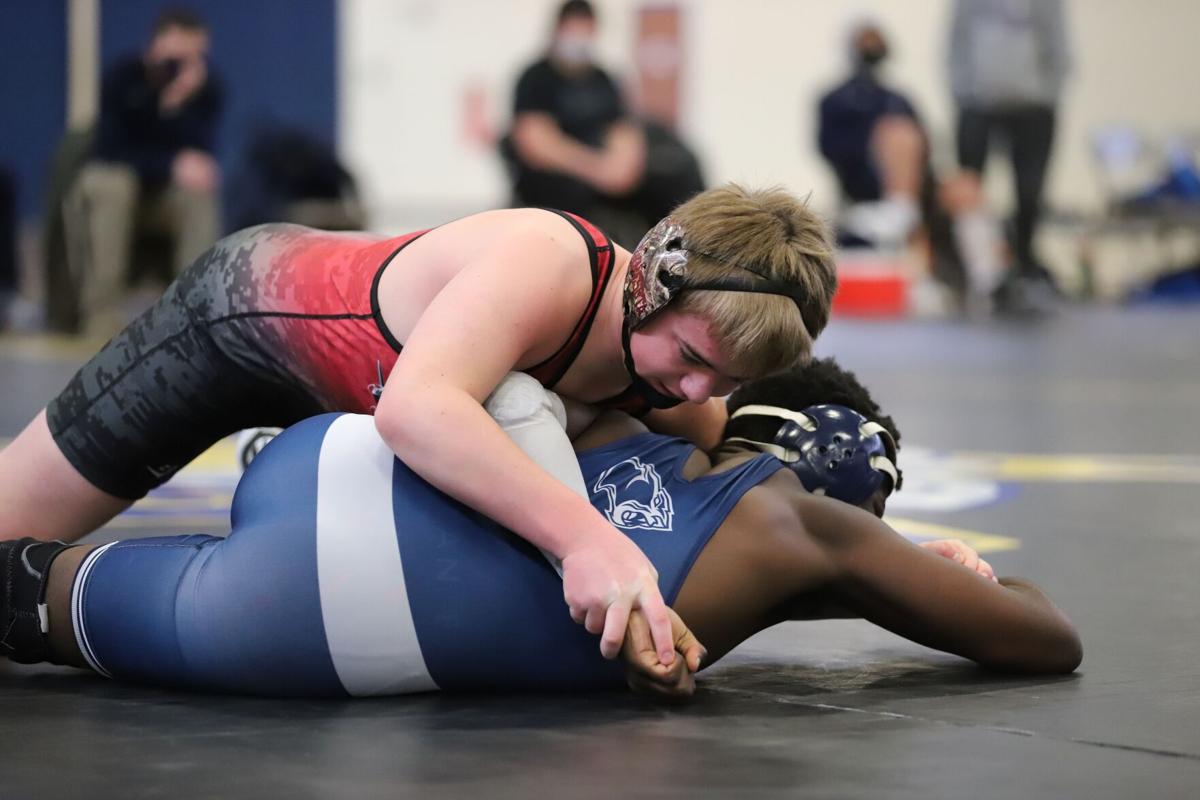 Cannon Falls Freshman Calvin Singewald remains the only undefeated wrestler on the team. Pictured here in his match against Hastings' Creed Peterson, Singewald won in decision, 2-1.

The Cannon Falls wrestling team traveled to Hastings for a triangular on Feb. 6 against the host team and Rochester Century.

Coming into the triangular, the Bombers had three wrestlers that were undefeated in Gavin Peterson, Calvin Singewald and Preston Carlisle.

Peterson and Carlisle both lost to the Raiders, but Singewald remains undefeated.

Singewald's match against the Raiders' Creed Peterson went the distance. Singewald would beat Peterson, 2-1, a takedown in the first period making all the difference.

Peterson's match against the Raiders' Blake Beissel went to three overtimes before it was finished.

Carlisle's match started out with an early 2-0 lead with a takedown. However, the Raiders' Aiden Erickson would score the remaining points in the match.

The Bombers Beau Zimmerman and Riley Keenan were the only wrestlers to score pins in the match against the Raiders.

The Bombers next triangular will be at home against Triton and St. Croix Lutheran on Feb. 11. The Bombers will also wrestle on Feb. 13 in a triangular against Kasson-Mantorville and Zumbrota-Mazeppa.