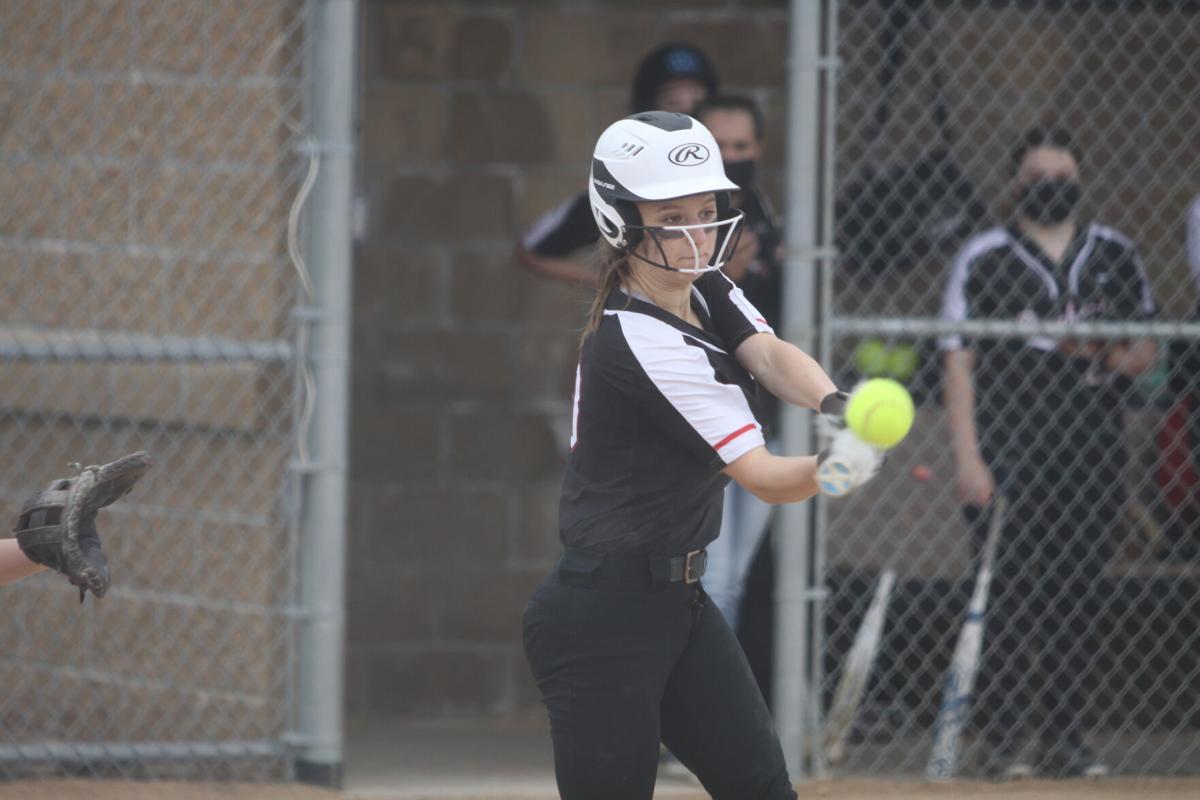 Cannon Falls Senior Bella Davisson swings and hits a ball against Lake City on May 3. Davisson would finish with one hit against the Tigers. 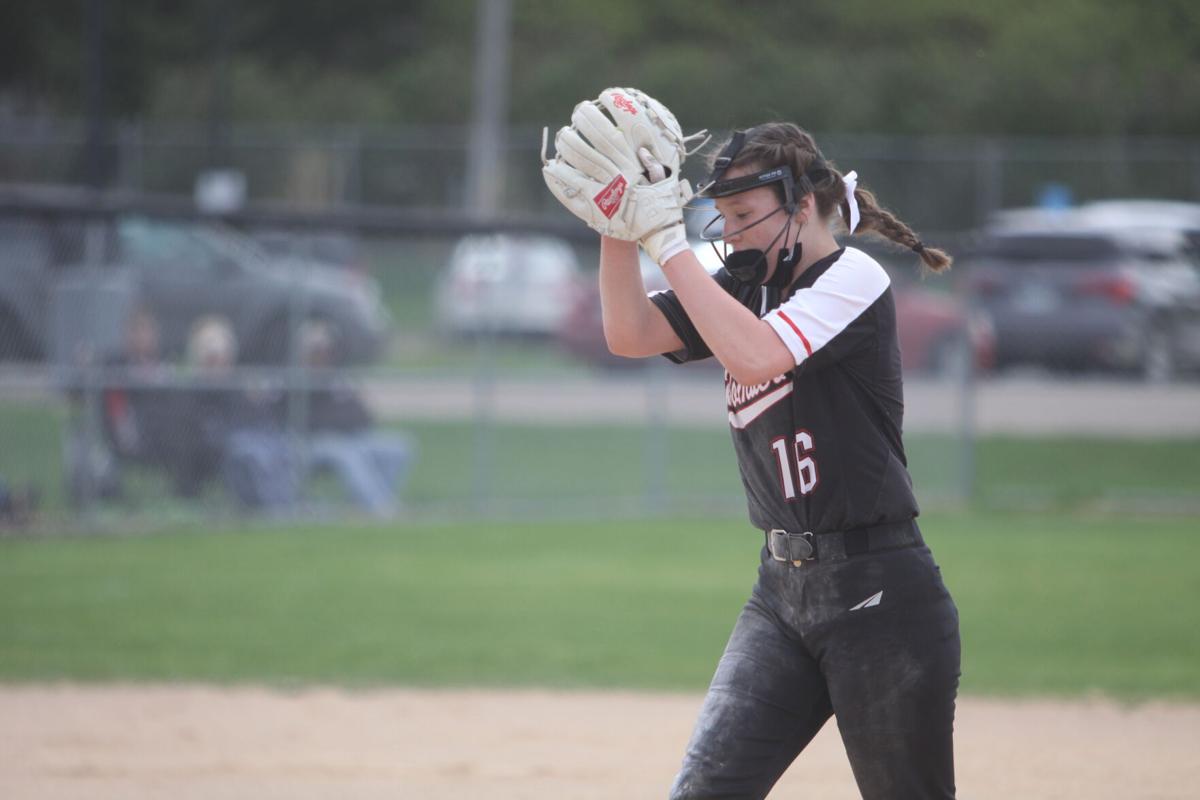 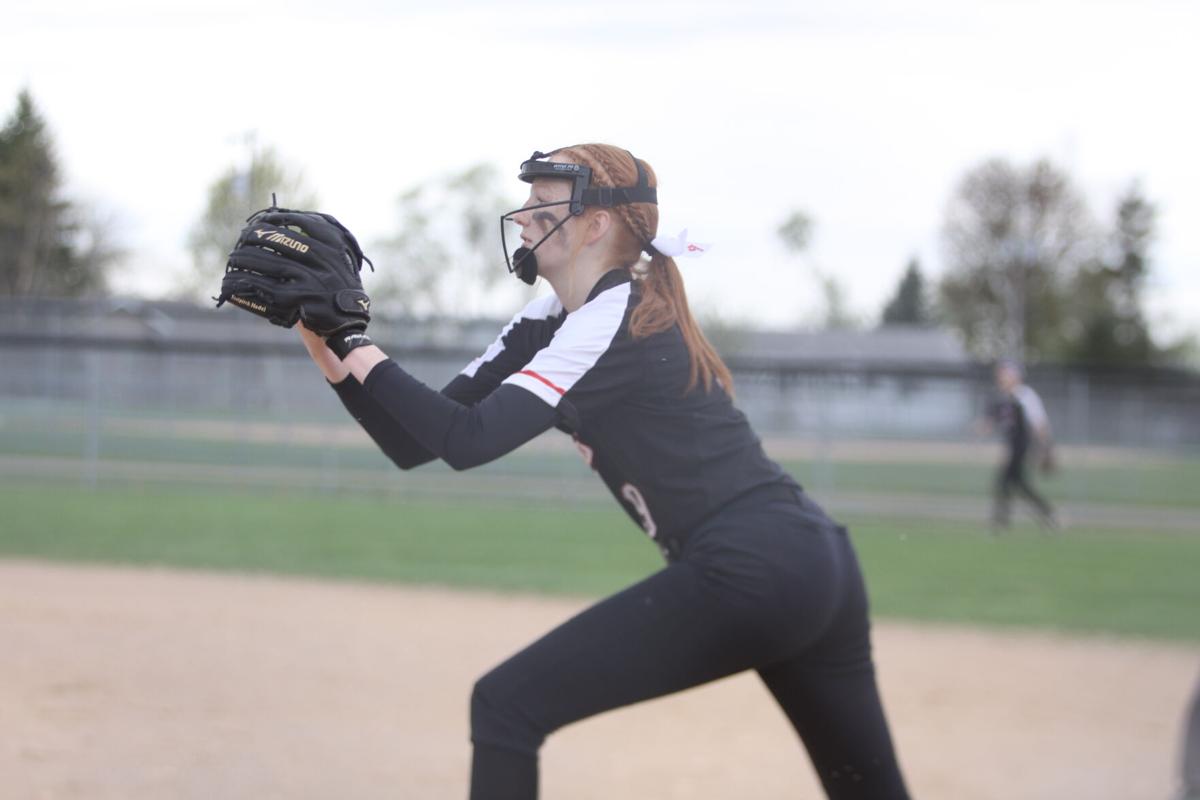 Cannon Falls Freshman Madison Burr records the out at first base against Lake City on May 3. 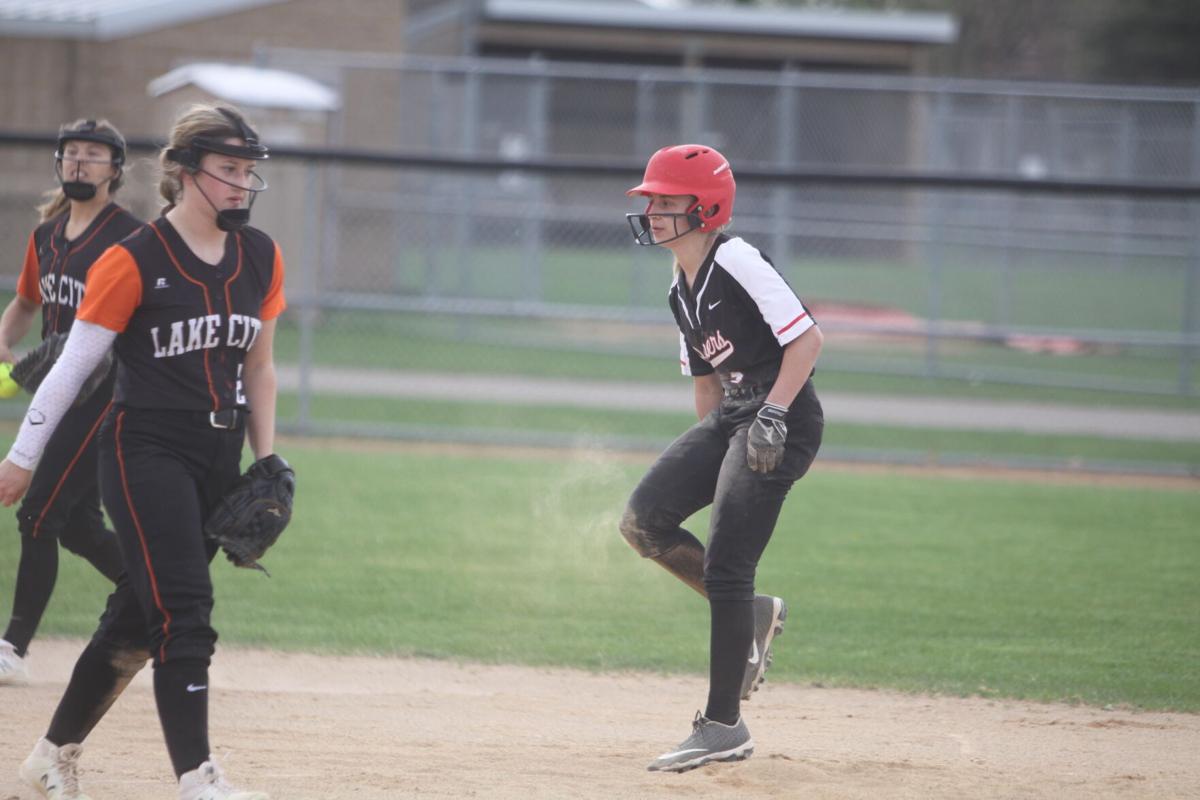 Cannon Falls Senior Bella Davisson swings and hits a ball against Lake City on May 3. Davisson would finish with one hit against the Tigers.

Cannon Falls Freshman Madison Burr records the out at first base against Lake City on May 3.

The last time the Cannon Falls softball team took the field for competition was on May 28, 2019. They lost in the Section 2AA to New Richland-Hartland-Ellendal, 3-1.

It would be nearly two years until the Bombers played again, starting their season on May 3 against Lake City, winning, 7-1.

The Bombers first game of the year needed to be rescheduled, then a two-week pause by the school district due to COVID-19 concerns, Coach Tom Langfeldt tried to keep his team positive.

“This year when they announced we were going with the pause, what I heard from a couple of the players was, ‘not again,’” Langfeldt said after the game against the Tigers.

Last season, the team was hurting after the cancelled season. More than himself, the players were hurting.

Langfeldt said he talked to the players about keeping the situation in perspective: if a season being cancelled was the worst thing to happen to you, you’ve likely had a blessed life.

Langfeldt encouraged the players to play summer softball, which he said a number of them did.

All of the work they put in the offseason, as well as having a team full of multi-sport athletes, Langfeldt said the first practice was impressive.

Strong arms, solid bat speed, and a level of focus you don’t normally see at the first practice of the year showed he’s got a determined group of kids to coach this year.

Against the Tigers, they’re playing a number of younger athletes who managed to get a pinch run or hit here and there back in 2019.

Starting on the mound for the Bombers was Junior Abby Breuer, who pitched a complete game, allowing two hits and striking out 14 Tiger batters.

On offense, the Bombers were led by Sophomore Isabelle Pagel and Junior Erin Kremers. Both players had three hits, knocking in three RBIs combined.

The Bombers had 15 hits total, capitalizing on four errors by the Tigers and only striking out one time.

The Bombers will hit-the-ground running, Langfeldt said, playing a high number of games each week.

Langfeldt explained to his team that shuffling of spots will continue to see who fits best in which areas.

More than anything, the Bombers are excited to be on the field competing again.