Richard (Rich) Lynn Udenberg, 65, of Zumbrota, MN passed away unexpectedly of a heart attack January 5th, 2023, at St. Mary’s Hospital in Rochester. He was surrounded by his loving family as he walked into the arms of God.

Born at St. Luke’s Hospital in Duluth, MN Rich was the youngest of seven children. He grew up on a hobby farm in Silver Creek, MN and later his family moved to Oronoco, MN for a short time and eventually settled in Wanamingo, MN.

Rich was a “Jack of all trades” and, had a strong passion for fixing things. He was truly not afraid to try or do anything. He was a self-taught mechanic of 53 years. Starting at the ripe age of 12 working on lawn mowers. It was all history from there. He had a “wizardry” about him that many handy-men long to have. Rich started his automotive career at Haller Chevrolet in Wanamingo, MN as a mechanic where he worked for many years. He joined Cannon Auto Repair in 2000 and two years later in 2002 he purchased the business and successfully ran it for exactly 20 years.

Rich’s hobbies included drag racing his Candy Apple Red, 1972, Chevy Vega “Love Affair” in his younger years with his nephews and close friends. He ran his best of a 10.31 seconds in a quarter mile at Cedar Falls, Iowa drag strip. He also spent many early years with his wife Jan and daughter Ash on the shores of the Mississippi River in their houseboat Lady Ash II. He enjoyed wood-working and carpentry, working on his cabin up north with his family along with four-wheeling, snowmobiling, and fishing. His grandkids Lincoln and Sophia were his pride and joy. He loved giving them ranger rides and teaching them all the good things in life. He spent endless hours clearing snowmobile trails each fall and early winter with the Ranger Snowmobile and ATV club where he was an active member and leaves behind many close friends. He spent much of his life with his daughter by his side teaching her all he could as she was his little shadow from the day she could walk. He was the best dad any girl could ask for. To say he will be greatly missed by many is an understatement.

The Celebration of Life will be at 11:00 a.m. Saturday, January 14, 2023, at Our Saviour’s Lutheran Church in Zumbrota, MN. Visitation for family and friends will be held on Friday, January 13, from 4:00 p.m. to 7:00 p.m. at Mahn Family Funeral Home-Larson Chapel in Zumbrota, and one hour prior to the service at the church. Memorials are suggested to: Ranger Snowmobile and ATV Club, P.O. Box 432, Hoyt Lakes, MN. 55750. Online condolences are welcome and may be shared at mahnfamilyfuneralhome.com. 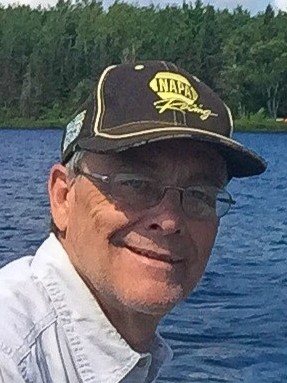