Lavern was born on October 12, 1927, in Eureka Township (Dakota County) the son of Edward and Glenis (Beisner) Holt. He grew up in the Hader area, graduating in 1945 from Wanamingo High School. Lavern worked as a conservation aide in Wanamingo for two years before going to Honeywell, Inc. in Minneapolis where he was employed for 36 years as a design engineer, retiring in 1986. For several years following he and his brother Jack Holt were groundskeepers for Cannon River Farms.

Lavern served with the US Air Force during the Korean Conflict and was honorably discharged in 1954.

He married Bonnie Vernstrom on February 7, 1959 in Cannon Falls. They are members of The Cathedral of our Merciful Saviour in Faribault.

Family was the most important thing to Lavern, and he was always ready and willing to lend a helping hand. In his spare-time he loved to make “sawdust” in his workshop and kept busy making oak dining room tables, chairs, hutches, buffets, and many custom-made items by request for his family and friends. Lavern was also an avid sports fan and enjoyed watching the games from his easy chair.

A memorial service will be held on Friday, November 19 at 7 pm, with visitation from 5-7 pm, at Lundberg Funeral Home, Cannon Falls. Mask wearing is strongly recommended.

This service will be live streamed on the funeral home website www.LundbergFuneral.com under Lavern’s obituary.

Interment will take place at a later date at Trinity Cemetery, Wanamingo.

Memorials are preferred to The VA Medical Center, Palliative Care Unit in memory of Lavern Holt or to the Cathedral of Our Merciful Saviour in Faribault. 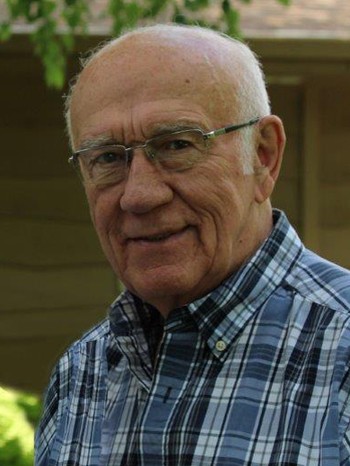