John was born on March 22nd, 1979, to Wayne and Candace (Landon) Hallcock in Farmington, Minnesota. Raised on the family farm in Castle Rock, he was baptized and con-firmed at St. Peter’s Lutheran Church in Northfield. He grad-uated from Randolph High school in 1997 and attended Alexandria Technical and Com-munity College, graduating with a degree in Law Enforce-ment in 1999.

During his high school years, he was active in hockey, baseball and FFA. In addition, he was strongly involved in the Bright Stars 4-H Club, exhibiting dairy, beef, swine and sheep; as well as participating in Arts-In and 4-H softball. He was an accomplished exhibitor, winning the Dorothy Neil Memorial Award along with numerous Champion and Reserve Champion awards and annual state fair trips.

After John earned his degree and worked various jobs, his passion for dairy brought him back to the family farm. Milking for several years, he then faced the difficult decision to liquidate the dairy herd. He returned to complete his Peace Officer training, passing his licensing exam in 2014. John then accepted a position as a Deputy Sheriff at Hennepin County, serving in that role until recently. He was honored to be chosen to provide security for the inauguration of President Trump, one of his career highlights. He met many lasting friends in this position, many of whom helped him through his challenging recent few years.

The youngest of six children, John was always an important part of the older kids’ daily routine and chores. John, or “Rug” as he was affectionately called, was ready with his work cap and hot wheel trike to prep the milk cows or help with the feeding, along with serving as chief mower of the vast farm lawn.

In 2009, John married Katie Deutsch of Elko, and had two beautiful children, Bryn Rose (2012) and Grady Thomas (2014). John was an avid hockey fan and season ticket holder of the Wild for many years. In John’s 42 years, he packed in a large amount of living and sharing. He was a fun-loving brother, son and father that loved the country life. He was a quiet and hard-working man and enjoyed helping the younger family members with their 4-H projects. He was loved dearly and will greatly be missed by so many.

Funeral services will be at 10:30AM, Saturday, June 12, 2021, at St. Peter’s Lutheran Church in Northfield. biermanfuneralhome.com 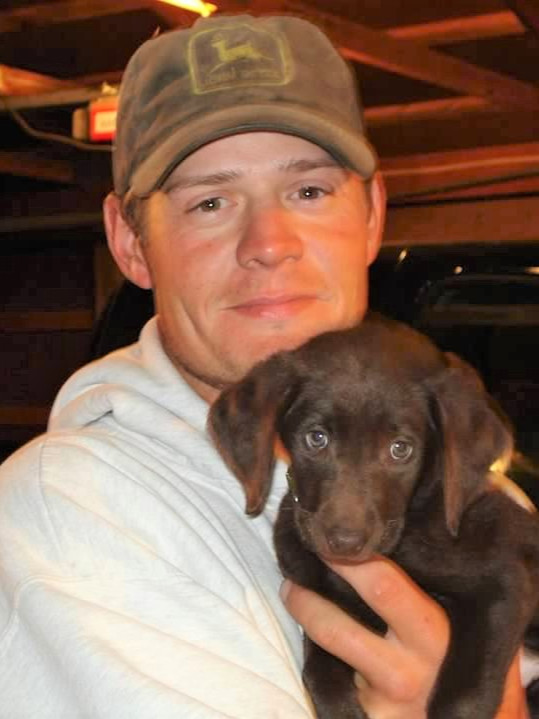