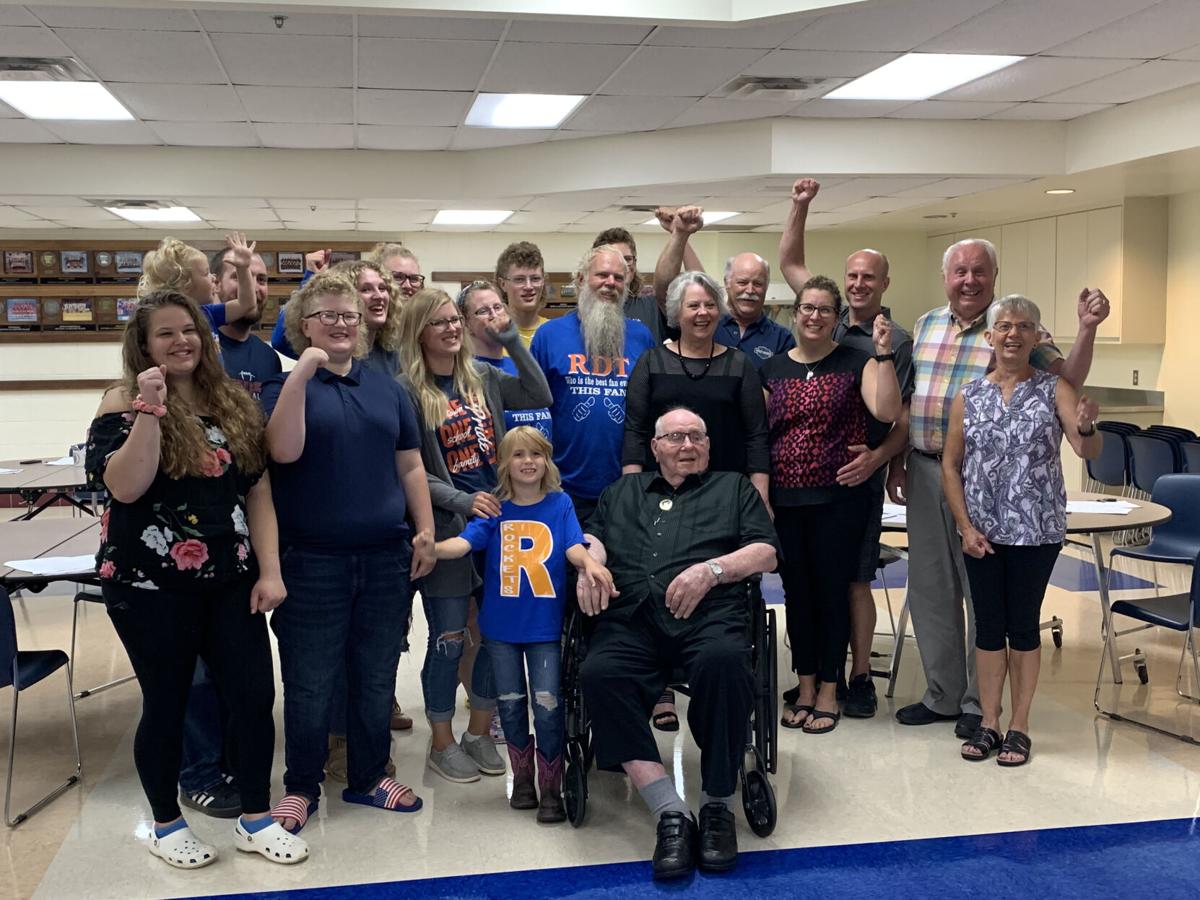 Go Rockets! The Felton family exclaimed after Arnold Felton, seated, received his honorary degree from the Randolph School District during their meeting on July 19. 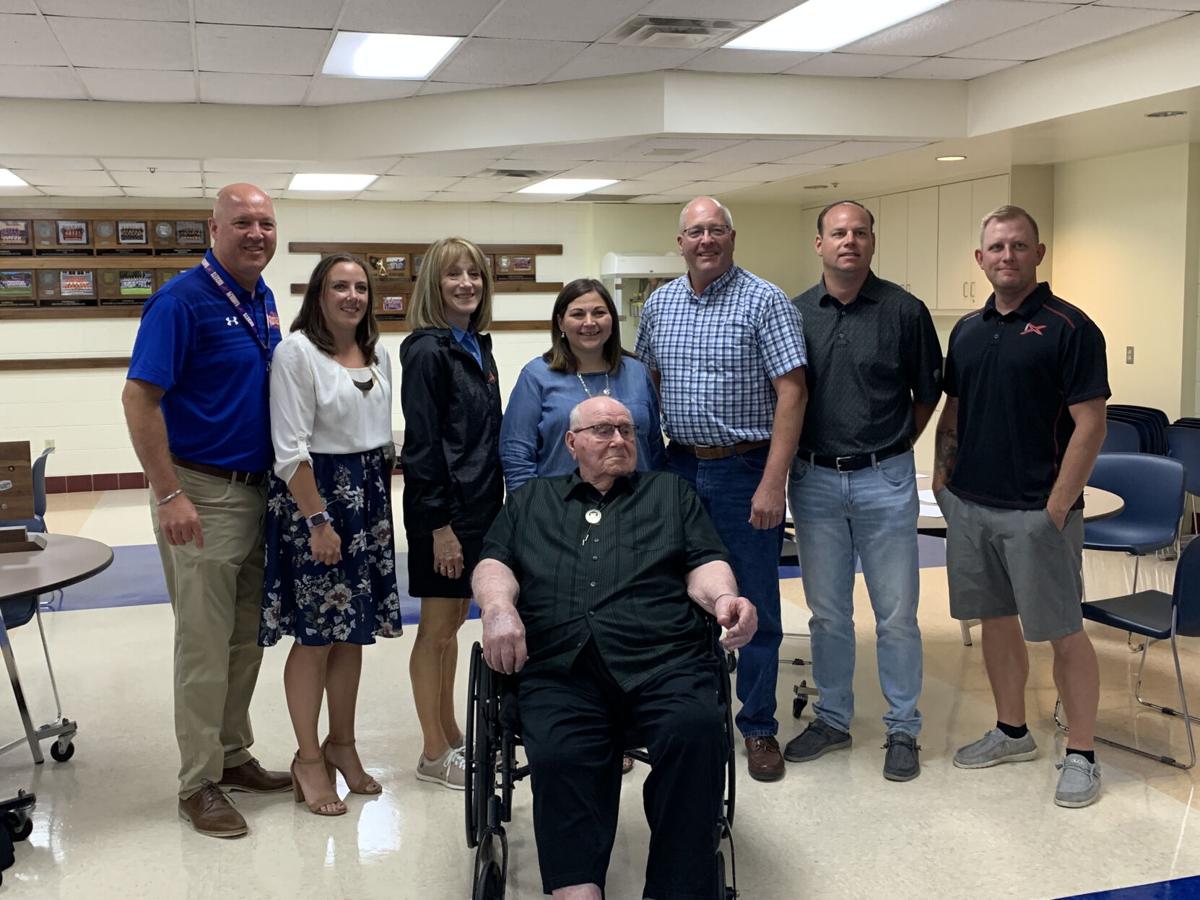 Go Rockets! The Felton family exclaimed after Arnold Felton, seated, received his honorary degree from the Randolph School District during their meeting on July 19.

For the first time in it’s 104 year history, the Randolph School Board gave an honorary degree to a former student who didn’t graduate.

That student was Arnold Felton, who was supposed to be a part of the Class of 1945, but left school in 1944 and never turned back.

Surrounded by family, the board and Superintendent Mike Kelley held a special moment during their regular meeting on July 19 to recognize Felton’s life and accomplishments.

Felton’s impact on the Randolph community is unlike many others. Felton was a write-in candidate that was elected to the school board, serving as Treasurer for 12 years.

Felton also helped the district get an addition on their school in 1971. A plaque with Felton’s name can still be seen in the school today.

Felton was also selected in 1970 to be the representative from the Randolph School District to charter the now Dakota County Technical College in Rosemount.

Along with his time on the school board, Felton has served on the Randolph Volunteer Fire Department, Randolph Township Board, and Bank Board of Directors for First National Bank (now Merchants Bank) in Cannon Falls.

Felton’s daughter, Dorry, spoke after he received his degree, thanking Kelley and the board for giving him the honorary degree.

“People want to leave a legacy because they want to feel like their life mattered,” Dorry said. “Dad’s life was blessed by the good Lord. He did not plan on creating a legacy, but he lived his legacy and tonight we honor him.”

The board paused their meeting after Felton received his degree to have refreshments and treats.