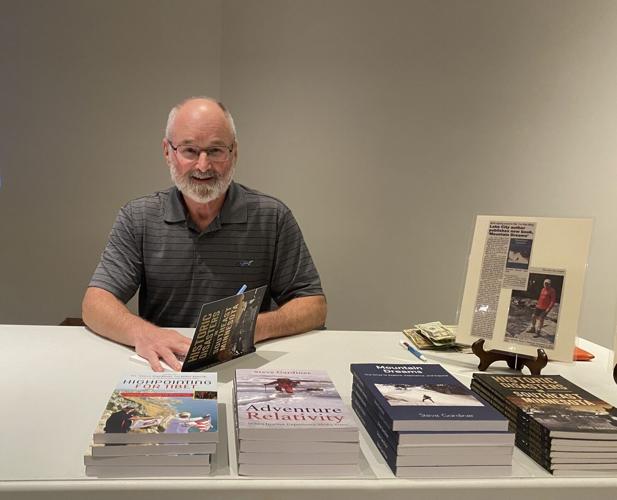 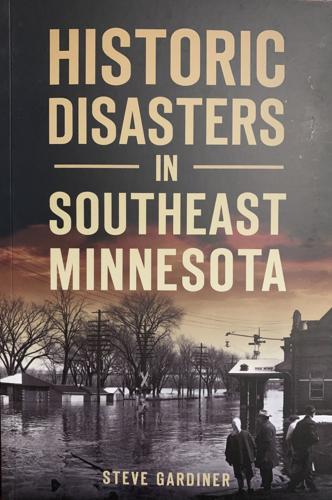 Steve Gardiner has written a book on weather disasters.

Three large weather disasters shook the Red Wing area and the people who lived here many years ago.

Gardiner recently presented pieces of the book at the Goodhue County Historical Society during one of  their History Break sessions presented each month.

In the book Gardiner outlines the events of a straight line wind that took down the Sea Wing, the Armistice Day Blizzard of 1940 and a two month long flood of the Mississippi River and its tributaries that affected much of the surrounding Red Wing area.

During his presentation he not only talked about the disasters themselves but the story behind where the idea for the book came from, some of his processes during writing and he shared excerpts from each of the disasters.

This is Gardiner’s eighth book, after writing a shorter version of this story in articles for the Republican Eagle a few years back, he wanted to dive deeper into each of the events.

“The Republican Eagle at that time published premium editions and I fell in love with those…for the weather addition we had a story on the Sea Wing, one on the Armistice Day blizzard and one on the 1965 flood and that is where I found out about those,” he said.

He later received an email from an acquisition editor for The History Press about the article on the flood and they wanted him to write a book about it.

“I was interested right away and then I started thinking about it and our weather edition was really popular and I had those three pieces that I had written…I went back to the acquisition editor and told him about the other stories I had written,” Gardiner said.

“I proposed that I put all three of the disasters together and did one third of the book for each, they approved the idea and I was off and running on the book,” he continued.

Gardiner began researching each of the events at length by going to history centers and libraries and finding personal accounts from some of the disasters.

He wanted to dig deeper and find more than just the facts for each of the events, he wanted to highlight personal stories to articulate the intensity of the disasters.

“There are all sorts of numbers and dates and things like that, but one of the things I wanted to do while writing this is find more than just dates and numbers and try to find some personal stories,” he said.

“What does it mean that the Sea Wing wrecked to someone who was involved and I was able to find quite a bit,” he continued.

Gardiner came across some interesting stories while researching for the book, he shared one in particular from the Armistice Day blizzard during his presentation.

The book reads “A 14 year old hunter named Bud who went out with a friend his age and an older friend who worked as a barber. They were hunting near Yellow Lake near Siren, Wisconsin.

“They set out in a car to drive home and got stranded and spent the night in their car. In the morning Bud was the only one with dry boots so he set out and walked three miles to a country store, the phone was down so Bud was afraid his friends had died in the storm they assumed the same about him.

“It was two days before they learned through different means of help they had all survived. Bud Grant lived through the blizzard and eventually became the head coach of the Minnesota Vikings in 1967.”

Gardiner became more fascinated with the events as he researched and shared many of his findings for each disaster in the pages of the book.

Some of the personal accounts include someone from Prairie Island who helped to rescue hunters during the blizzard in his rowboat, a business owner in Lake City who wrote accounts in a journal during the flood and many more stories.

He has another book with The History Press coming out in 2023 called “Bridges in Southeast Minnesota” and the book will highlight the several types of bridges in the Southeast area of the state.

“Historic Disasters in Southeast Minnesota” is for sale at Fair Trade Books and the Goodhue County Historical Society.