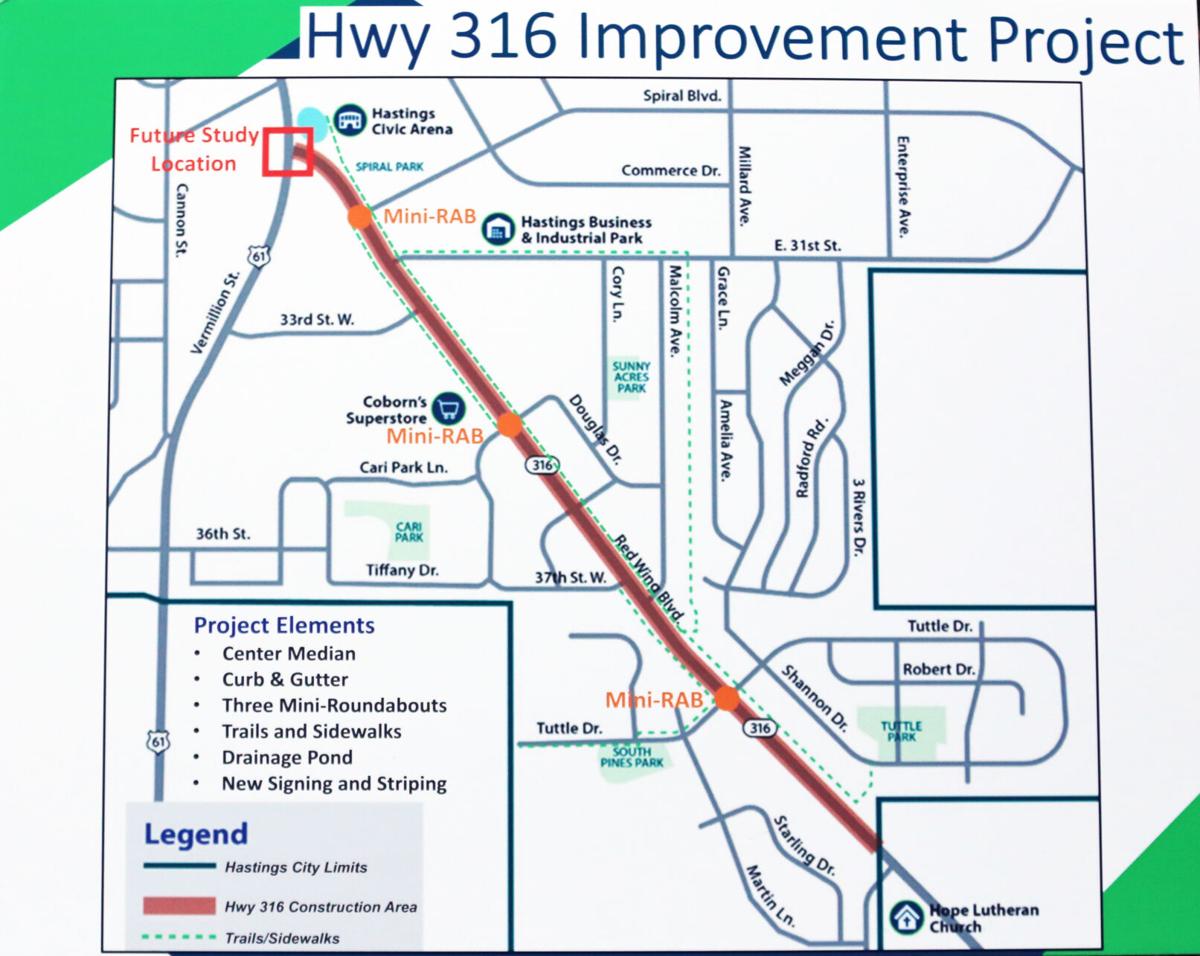 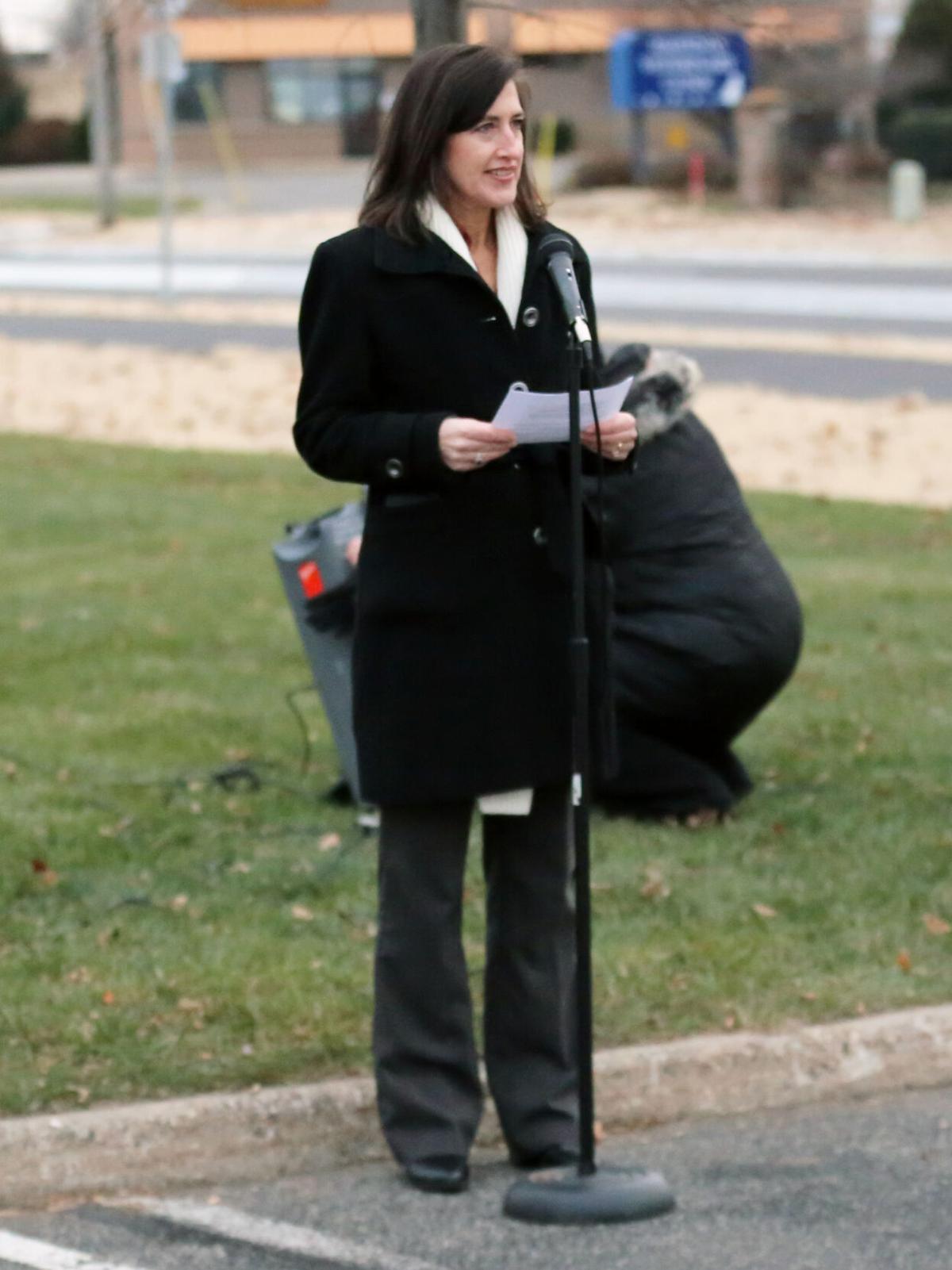 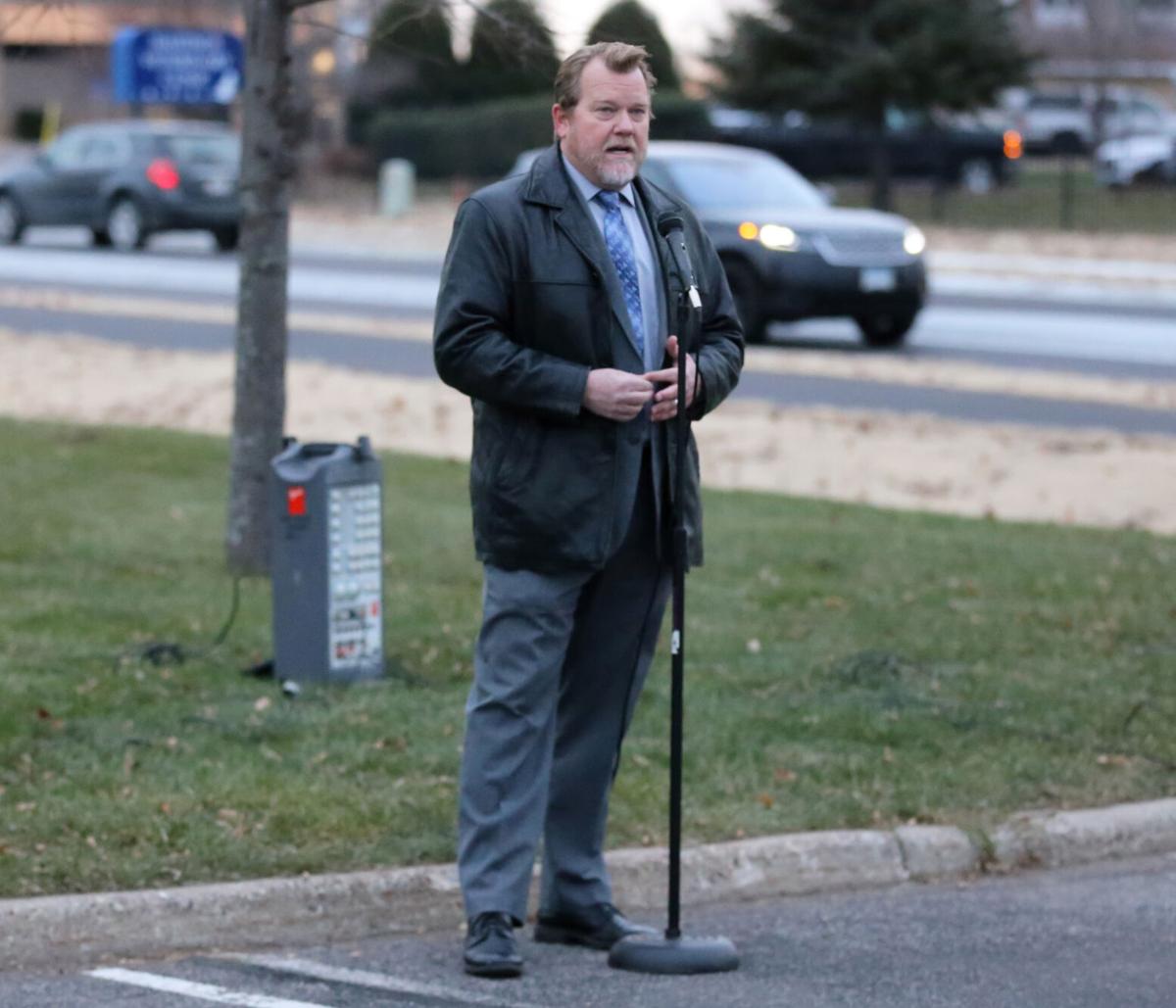 State Rep. Tony Jurgens talks about how the impetus for the Highway 316 project began back in 2016. Alec Hamilton / Hastings Star Gazette

The Minnesota Department of Transportation (MnDOT) and the city of Hastings came together Monday afternoon to celebrate the completion of the major portion of the Highway 316 project that saw the busy thoroughfare between Hastings and Red Wing closed for the entire summer and most of fall.

“To the residents of Hastings, the local businesses and all those who travel on Highway 316, we want to say thank you for your patience,” Daubenberger said. “From new pedestrian and bicycle access, and improved access, new compact-roundabouts and updated drainage, this work will benefit everyone who lives, walks, bikes or drives in the area—and with the help of our partners, this project will be finished on-budget.”

The project reached the major completion point this November, at which point the highway was reopened to through traffic. Work began in May at a cost of $5.9 million, with the most significant improvements being three new roundabouts at Spiral Boulevard, Tiffany Drive and Tuttle Drive; re-pavement of Hwy 316 from Hwy 61 to Michael Avenue; installation of a center median and the repair/updating of drainage. It was made possible through the most recent bonding bill.

“What brought us out here in the first place was the condition of the pavement, but as we started to work with the city of course, and doing a speed study in 2017, we realized there are more needs out here of course than just the pavement,” Daubenberger said. “That public outreach that we did back in 2017 and 2018 really informed the needs for the project.”

Mayor Fasbender emphasized the safety improvements the project provides, not only to traffic going through, but pedestrians, bikers and the people who live on Hwy 316.

“Speed, accessibility and safety, those were the three major concerns,” Rep. Jurgens said, echoing Fasbender. “This new roadway addresses all of those.”

Representative Jurgens said he first became aware of the problems with Hwy 316 when he was door-knocking while campaigning back in 2016. A few months later, he read that MnDOT was planning on not decreasing the speed limit along the highway, but increasing it, so he scheduled a meeting with them, which due to conflicts, did not happen.

“So one of our staff people, he said draft a bill, draft a bill that puts a moratorium on any speed limit increases in the city of Hastings, so I did, and that got MnDOT’s attention, especially when that the language in that bill got into the first draft of the omnibus transportation bill, “ Jurgens recalled. “Then we were able to negotiate with MnDOT.”

Jurgens said this was an example of what happens when residents get involved. If residents who lived along Hwy 316 had not brought their concerns to Jurgens’ attention, this project would not have happened and people would probably be driving even faster through the area today.

There is still some work to be done in the spring of 2022 which includes the painting of traffic lines, improving the signage and landscaping. They do not anticipate closing down the whole route, but there will be some localized closures.